Excuses Impede Your Path to Success

If there is one thing common among the people who have achieved great milestones in life, it is their persistence and will to never give up. It is human nature that we try to avoid things that fall outside of our comfort zone. This is, in fact, one of the core steps we need to take if we seek success. This is what Tariku Bogale has talked about in his book “Be Unstoppable: No Excuses”.

Who is Tariku Bogale?

There aren’t enough words that could help describe Tariku completely. He is a prolific entrepreneur, a noble philanthropist, a CEO, an author, and what not. Tariku spent the early years of his life struggling or the basic things in life. Managing to get through, his aim him become to grow not only in character, but wealth, power, and fame, which he could then give back to the society. He wanted to be in the limelight and become a beacon for kids around the world, especially those who are starting from a place where Tariku himself began.

Be Unstoppable: No Excuses

Tariku Bogale has been an idol to millions of children across the globe. He came from an underprivileged home where he had to work hard to acquire even the basic necessities of life. This book revolves around the chronicles of his life, and how he crawled out of that situation to become a hero to his community.

This book teaches you how to pick yourself up from rock bottom and set charge for the highest peaks. It tells that it is not necessary that you are born with an innate vision for life or what you want to achieve. All you need to have is that drive to succeed no matter where you are and what you are doing. This is what makes you a winner. The vision, and the goals you seek come as you move forward.

What makes this book even more enticing is the fact that it discusses the life events of Tariku himself. According to the author, it is of utmost importance that people learn how to make quick decisions. Throughout the book, he emphasizes the fact that if people only master this art, it will make them unstoppable. It becomes their arsenal to an impending success story that they will craft out of their lives. The crux of it all is not based on three simple things, having perseverance, attaining the ability to make quick decisions, and not making excuses just to stay within the comfort zone. Overcoming these factors takes you far from where you started and puts you on the track that leads to the pinnacle which was once only a far-away site.

"Be Unstoppable: No Excuses" has won several different awards including “2018 Business Excellence Award” and “2017 Top Empowered Business of Year". It was published back at the end of December 2017. It is not available online at various platforms including Amazon. There is a lot more you can find out about Tariku Bogale and his book “Be Unstoppable: No Excuses” through the website www.tarikubogale.com. 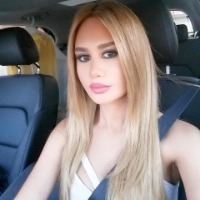